Welcome to my nature blog!

Welcome to my nature blog!

If you are not careful, you'll catch the winter blahs. You know them, muscle aches, headaches, fatigue, and STRESS! It's not the flu, but it is a sickness. Some people call it cabin fever, some use big words like Seasonal Affective Disorder. I call it TOO MUCH TIME INDOORS! But I have the cure.Take a nature walk. Get outside, regardless of the weather. Even fifteen minutes outside can cure the winter blahs. I promise you will feel better.

Studies have shown that just being outdoors contributes to overall good health.  Observing nature takes your mind off your troubles and relieves your stress.

Even in winter there is a lot to see if you know where to look.   In a park, along a walking trail, or in your back yard, there are winter wonders waiting for you to discover.  I try to get outside every day.  I look for unusual cloud formations, listen to bird songs, and try to identify trees by the bark.  Who says there is nothing "natural" to see in winter?

Today I walked a nearby trail along a stream.  I'm sure I got some needed rays so my vitamin D increased.  Listening to water flowing over riffles had a calming effect.  Observing and trying to identify bird songs challenged my mind without pressure.  I felt rested and relaxed, and ready for anything.

Just in case you cannot get outside today, you can come along on my winter walk with me. 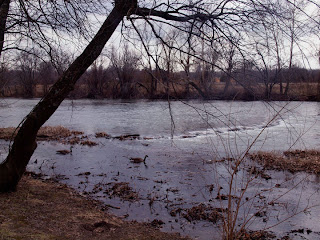 Shoal Creek, even with the bare trees and shrubs, it was a beautiful sunny day reflecting on the water.

Fun fungi!  I had to climb over some brush and sit on a log to get this picture! 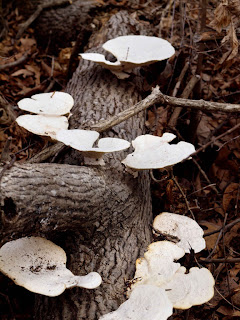 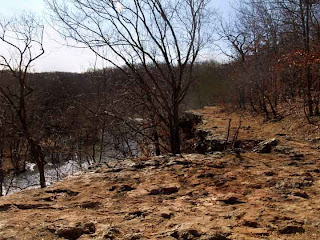 Ridge trail, you can see for miles. I sat on the rough rocks while the sun warmed me.


Studies have also shown that looking at pictures of natural scenes, while not the same as being there, can also have calming effects.  Enjoy some of my discoveries, but make a commitment to taking a real nature walk to relieve your stress.

Nature is . . .
Our best insurance for immortality.
Eleanor Roosevelt

Winter is a good time to give some thoughts to birds.  We tend to notice them and actually pursue them in warmer weather, but winter is a great time to observe species that migrate through an area.  The cold and lack of food is a constant struggle for birds.  We need them, not just for their beauty and song, but because their presence is a reminder of our own mortality.
Last night I spent some time with a hardy group of birders, searching for Short-eared Owls on the prairie.   I’m pleased to say that I can add this species to my bird list.  It was very cold and eventually became too dark to observe them. But we could still hear their wondrous barks and calls.
Short-eared Owls are on the Audubon’s Watch List, listed as vulnerable worldwide, and listed as endangered in many states, including Missouri.  Man’s destruction of bird habitat is the number one reason for loss of species.  Sometimes a species of birds will simply leave an area for another place where their habitat exists.  But as we know, over time many species perish.  It’s hard to accept that we, all of us, may be responsible for the destruction of any species, but we are.

The Osage had the right idea.  In their language, Mon Shon Akita, meant “stewards of the land.”  They recognized that they had a direct impact on natural communities, and lived in a manner to preserve rather than overcome nature.  Sad that today, mankind does not always recognize the importance of preservation.
Recent news reports about thousands of birds falling from the sky probably caused alarms in most people, even non-bird lovers.  While history is full of phenomenon like this, we should be alarmed, because somehow the death of this many birds at one time is likely caused by something humans did.

So when we are thinking about birds this winter, we need to think about what we can do to protect them.  Providing and preserving habitat is first.  Find out what you can do on your own property to promote bird habitat.  Recycle, and carefully dispose of trash.  Be responsible with pesticides and things that pollute water and soil. Get out and observe birds, learn about them, and pay attention to species that pass through. Know what birds are on endangered and watch lists.
In the introduction to the 1950 Audubon book, Birds of America, Ludlow Griscom acknowledges certain traits that enabled John J Audubon to overcome immense hardships to pursue his life goal of listing and painting all the species of birds in America,
“Audubon had enormous confidence in himself, inflexible determination, and the capacity of never admitting failure or becoming really discouraged.”
If each of us confidently and with inflexible determination, worked on the preservation and conservation of natural communities such as prairies and wetlands, choosing to never give up, just think about what we could accomplish!
Posted by Ann Butts at 12:52 PM No comments:

ARE YOU READY FOR A WALK?

I love the word “saunter.”  Saunter.   It rolls out of the mouth slow and mellow.  In his essay, Walking , Henry David Thoreau suggested ... 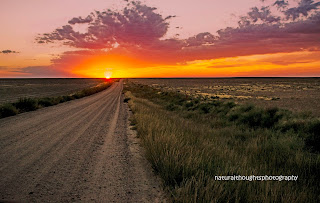 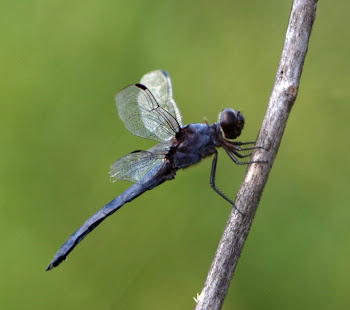